The duo call themselves "DEMKOVIC" and their debut album, "Breathe," is scheduled to be released in the fall of 2016.

Vick and Demko started working together in 2007 when they played in the local funk/jam band Electric Mayhem.
The two eventually left the group due to what Demko describes as "life," but he always knew he would eventually find himself working with Vick again.
After a few years of musical hiatus, Demko started writing again and could think of no one other than Vick to bring his latest batch of songs to life.
When asked to describe DEMKOVIC’S musical style Demko said it is "very deep, emotional, operatic rock with elements of heavy guitars, big drums, deep bass, and flowing, dynamic, layered vocals.”

Vick is thrilled to have the opportunity to work with Demko again in such a different capacity than their first musical venture.
“This project is a creative dream come true for me,” Vick said. “I’m a classically-trained vocalist, but don’t usually get the opportunity to utilize that training or my four-octave range. Rick’s writing and production push me to expand past what I think I can do vocally and the results are amazing and very satisfying.”

Information about their album release along with tour dates and other information can be found on social media @DEMKOVIC or on the web at www.demkovic.com.

This is a press release from Richard Demko. 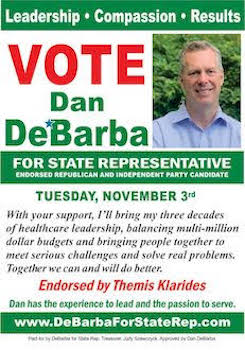